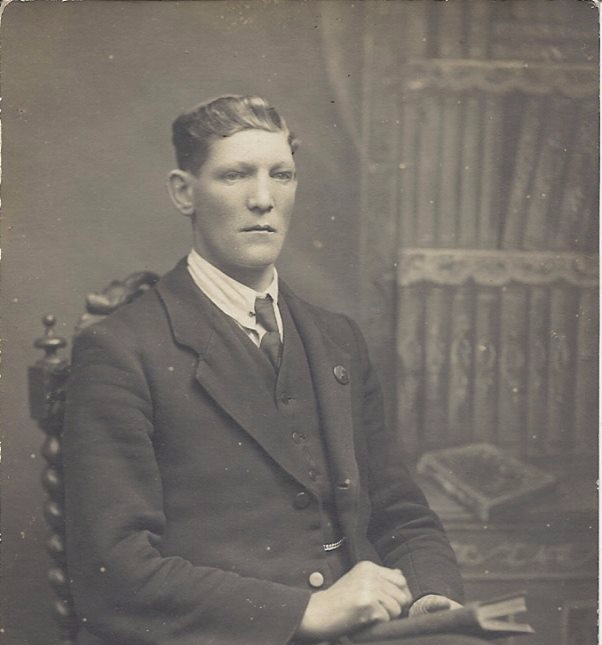 Family stories connect us to our past and who we are as humans.

In 1891 Mark was 5 years old and was living with his parents and 6 siblings. At this time, the House family were living at 94 Fourshells in Fawley, and it appears that all of the children were attending a school.

In 1901 Mark was 15. He was recorded as living at the Asylum for the Deaf and Dumb Children of the Poor, which was situated on Victoria Road in Margate, Kent. Mark was what in those days people called ‘deaf and dumb’. He was born deaf and…

According to Diahan Southhard, DNA gave you the gift of your mother’s eyes or your fathers hair, your grandmother’s freckles or your grandfather’s nose.

Who Should Have a DNA Test Completed?

DNA test provides a tangible connection to the past, which helps family history appeal to people that otherwise might not consider their heritage. So, in a best case scenario, everyone would be tested. But, lets; be realistic; it is just not cost-effective to test every family member, so who should be at the top of your list?

Understanding just a little bit about DNA and how its inherited provides some clues about how to move forward.

as you may recall from your biology course, each of us receives half of our DNA from our mother and half from our father. So, what happens to the other half? the part your did not get? It is lost. yes. lost! Some of that information might be recorded in your siblings’s DNA if you have sisters and brothers, but the truth is that much of our DNA is lost with each generation. Knowing that brings us to the conclusion that we need to test the oldest generation first. In short, anyone who is alive today, whose parents are not still living needs to be tested (if their parents are alive, test them instead). Don’t forget about aunts and uncles.

What Test Should I Take?

There are three different kinds of test available for genetic genealogist. (the author did not mention the forth test which is X-DNA)

Genetic Genealogy started becoming know back in 1994 publicly. Today genetic genealogy is a tool for investigators, historians, scientist, anthropologist and genealogist. While many records have been lost or destroyed during the Civil War and fires afterwards, African American have not had their records available until around 1860. African American were not recorded in census, will (unless a free person of color) or in land records (See the Freeman Land Records). DNA might be the last piece of information available to locate ancestors. Note: DNA testing cannot answer all the questions and maybe none at all depending on the research efforts of genealogist.

Understand all test are not equal, given the algorithms used by each testing company and the methodology  employed. In early 2000, two companies began offering DNA testing to genealogist: Family Tree DNA <www.familytreedna.com>, based in Houston, Texas, and led by Bennett Greenspan, Max Blankfeld and Jim Warren; and Oxford Ancestors >www.oxfordancestors.com>, based in in Oxfordshire, England, and created by Bryan Sykes of the Sykes surname study. Both companies launched by offering Y-DNA and mtDNA testing to genealogist.  depending on the database held by the company providing the test result. 23 and Me, Family Tree DNA and AncestryDNA have strong and growing databases of testors. raw data is tested and analyzed with the raw data of others testers to predict relationships matches within their database. You my see different results from one company to another. GEDCOm which we will be in another blog is a valid place to load your raw data to get more matches and analyzes.

As the databases’s grow with each company, so does the power of genetic genealogy with one exception. There needs to be a lot more testing of African American and comparison of DNA testing in Africa, Caribbean, India and South America. The National Health Institute in Washington is doing just that today, but it will be sometime before and results can be release that would be meaningful in I identifying tribal communities and ancestors.

Know that you know what Genetic Genealogy is and what it is not, our next blog will be about What is DNA? We will also explore in future blogs other areas such as the differences in the types of test available, the differences in a Genealogical Family Tree and Genetic Family Tree, what it means to you as an African American, video conferences lated to African American Genealogy.

Across the ocean lies my ancestors home in Africa. It is the place that saw the birth all humans on this earth. The original women and man. I am Bantu or Igbo according to all accounts I have researched so far. This blog will provide information on DNA testing, research, impact on African Americans and possible uses to genealogy research and identify your ancestors. I most confess I have European ancestors because of the slave trade and the rape of African women during slavery. They came across the ocean not voluntarily but they were forced.    My great great great great grandfather was a slaveholder in Wake County, NC. My great great great grandfather was born a slave as were his two brothers. I was told the plantation owner married the African Slave but I can find no evidence of the married or the name of the African Slave. DNA testing however has proven that I am a direct descendant.

I had to get my head around this bit of information and to except: 1. We can not pick and select our relatives, 2. We all are from one place and that is Africa period, 3. If the DNA segments matchup I need to except that for a number of reasons, 4. Still I rise.

Over the next few weeks I will provide Information on DNA in layman terms and I promise no quizzes. DNA can be great and it can be bad depending on your decision in using the results. I will explore all in my blogs.

This is a text widget. The Text Widget allows you to add text or HTML to your sidebar. You can use a text widget to display text, links, images, HTML, or a combination of these. Edit them in the Widget section of the Customizer.